All of my good intentions for keeping this blog running on a regular basis seem to have failed. My life suddenly exploded with a new job, a move, and personal hardships. It has been a wild eight months – some good and some bad. That is all a post for a different time, though. I have finally been brought back to my blog because of a phenomenon that I find incredibly disturbing. 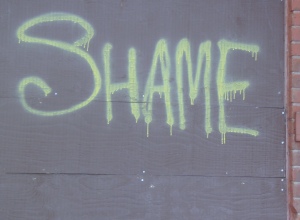 Over the past few years, I have seen several posts on Facebook that involve public shaming. As embarrassing as this is to admit, I am sure I have even partaken in this to some degree. You see someone who looks a certain way or is doing something out of the norm, you snap a picture on your phone, and you upload it to Facebook.

Some of them are posted with the intent of being humorous, such as People of Walmart (for those who are unaware, People of Walmart is a website where users can submit photos of people they come across shopping at Walmart who they find funny or ridiculous). The entire premise of the site made me slightly uncomfortable. While some of the people in the photos did seem absurd to me, I also know that I do not always make a concerted effort to look presentable if I am running to Walmart for a few items.

There was also the personal trainer who posted photos of an overweight woman at a baseball game. He commented on what the woman was eating and insisted that her lifestyle was not okay and could impede other peoples’ enjoyment of the event. I found that one downright disturbing as a woman who has struggled with weight issues nearly my entire life. I shudder to think of any of the times someone could have taken a photo of me to complain about me having the audacity to be fat in a public place. 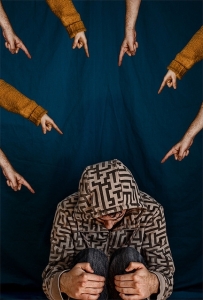 The most upsetting instance of public shaming I have seen is parents shaming their children. Videos pop up on Facebook that show a man shooting his daughter’s laptop with a .45 caliber gun after reading a post from her complaining about the chores she has to do. Many of the comments commended the man for showing his daughter that her selfish behavior would not be tolerated. There are also several photos floating around of young men who were given haircuts to look like they were balding because, and I quote, “So u wana act grown…well now u look grown too” (sic).

These stories always made me uncomfortable, but a recent story has completely turned my stomach and broke my heart. A young teen was filmed by her dad after he hacked off most of her hair. There are also (unconfirmed) rumors that her father then went to the school and had the principal pull his daughter out of the running for student council in front of classmates because of her behavior. That afternoon, the girl jumped off of a bridge to her death. While there were probably many factors leading to this suicide, it is not illogical to believe that this public shaming was a catalyst for this tragedy.

Being a preteen and a teenager is hard. Puberty kicks your butt, and you are dealing with all new emotions that make you feel like you’ve been dropkicked out of orbit. These feelings almost universally lead to acting out and pushing boundaries. Teens will make highly overdramatic statements. Here is an actual quote from an online journal I kept as a teenager:

I could punch my parents right now. It is SATURDAY. Jesus. Mom actually came in and woke me up at freaking 9 o clock, and the second I got downstairs Dad starts harping on about all the crap I have to do. Shut up shut up!!! It is the weekend. I don’t have to do shit for you.

And that was just the beginning. I was furious that my parents expected me to take out the trash, vacuum, and mow the lawn before I went to the mall (all chores that I surely had the entire week to do and had continually put off). Looking back, all I can do is roll my eyes. I was young, selfish, and lazy. My parents were teaching me responsibility, but I just wanted to complain about how awful they were and how they didn’t understand and how terrible my life was.

As sly as I thought I was, I got caught plenty of times and was punished in a manner befitting the crime. Usually, I would get computer privileges revoked for doing stupid things online. It annoyed me and ticked me off, but it did not humiliate me. I can only imagine how I would have reacted if my parents put out a video or post on the Facebook-equivalent (possibly LiveJournal since my teenage years were before Facebook) about me. It would not have been pretty.

There seems to be this mentality of “Don’t dish it if you can’t take it” when it comes to teenagers, but there are so many factors in play. According to scientists, “It has emerged that the emotional region of the brain develops to maturity ahead of the part of the brain that controls rational thought. In other words, teenagers have well-developed emotions and feelings but have still not acquired the ability to think things through.” As the adult parent of a teenager, you need to use your fully developed rationality to see the long-lasting, damaging effects that public shaming can have on preteens and teens.

And, back to the original point, it has an effect on us all. Even those of us with supposedly fully developed brains can still be deeply wounded by public shaming. Nobody wants to be made fun of, and the internet has enabled this shaming on a global level. The next time (because, sadly, it will continue to happen) you see a morbidly obese person unknowingly photographed and posted online or a parent recording themselves punishing their teenager, reflect on the damage and negativity it brings to people. Don’t enable or encourage it. Focus on making social media a positive presence and not a tool for humiliation. Plenty of people deserve to be called out on their behavior, but public shaming and everything that comes with it is a punishment that seems overly harsh for the crimes of being fat, odd, or a rebellious teenager. Let’s leaving the online shaming for funny pictures of animals who have misbehaved.

I will end this with one of the best Ted Talks I have ever seen. It is Monica Lewinsky talking on, “The Price of Shame.” I highly recommend it!

I want to apologize for the last of posts recently. I so love the idea of being a blogger, but everything hit me at once and I simply haven’t been able to keep up with it like I wish. Summer classes, work, and preparing for an out-of-country vacation and apartment move have kept me extremely busy.

Fear not, though! I am in the process of writing a blog post to review a fantastic book I read recently (The Returned by Jason Mott), and I have a huge stack of Advanced Reader Copies of books to read and review.

In the meantime, feel free to visit and add me at Goodreads. I have kept that slightly more up to date than this blog with regards to reviewing books.

I hope everyone is doing well and reading some fantastic books this summer!